The President of UNISINOS, Brazil Visited SKKU on May 30th

A delegation from Universidade do Vale do Rio dos Sinos (UNISINOS) in Brazil visited SKKU on May 30th (Wednesday) in order to discuss mutual cooperation between the two universities. 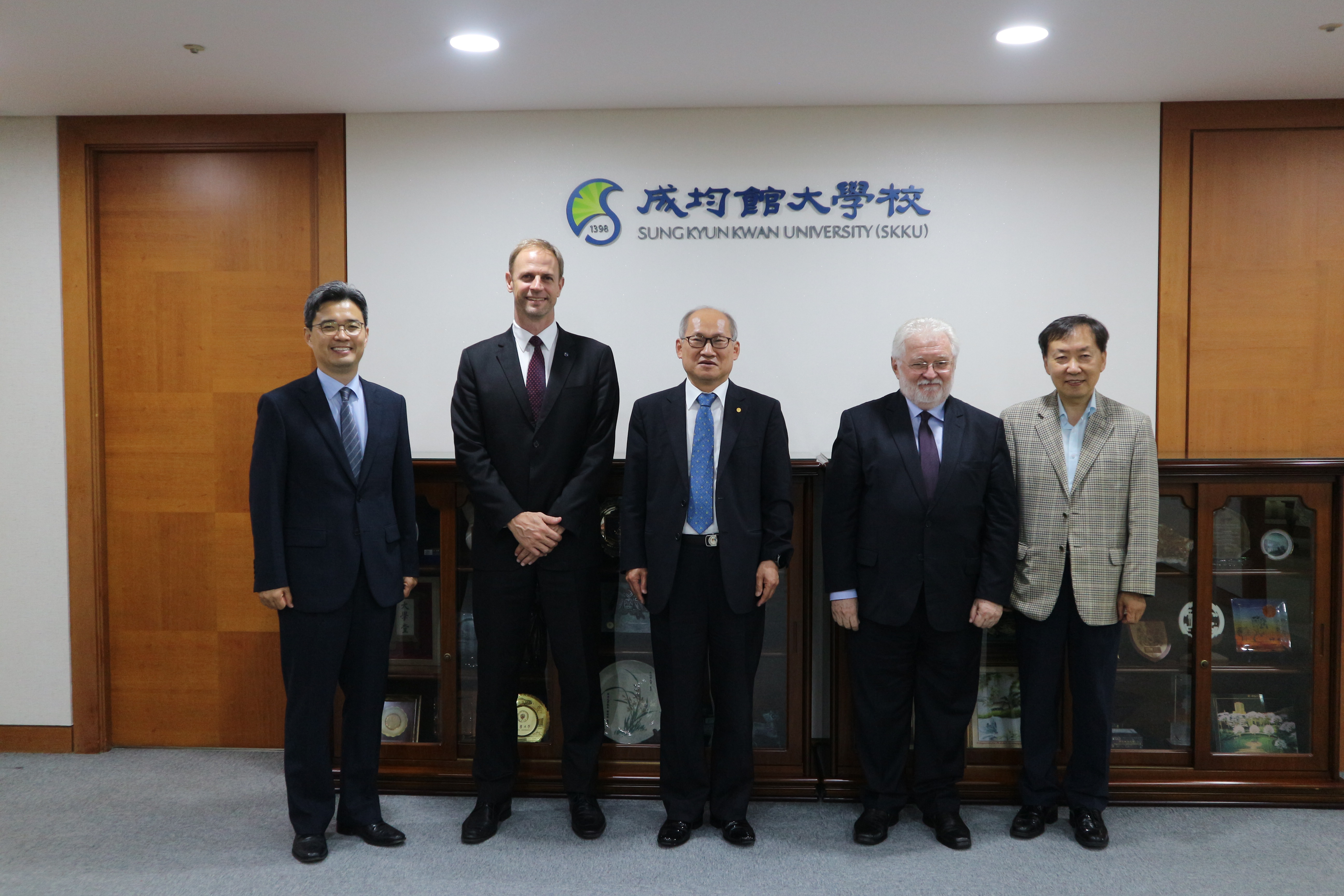 At the meeting, future plans for UNISINOS’s new campus, Porto Alegre and possible exchange activities were discussed. In particular, research and faculty exchange activities are expected to develop further through the 7th Brazil – Korea Forum that will be held in August 22nd to 24th at UNISINOS’s Sao Leopoldo Campus.

Unisinos is Brazilian private Jesuit university founded in 1969. Its main campus is located inSouthern Brazil. Unisinos has a strategic orientation in Science, Technology, and Innovation with a global dimension. Unisinos' campus has a technological park, TECNOSINOS, which consists of 75 companies from 10 different countries, including the South Korean HT Micron and the German SAP Labs Latin America. Together, these companies are responsible for 6,000 direct job positions.

Next
The Internship Program for Spring Semester 2018 successfully came to a close: Regarding Samsung Investment Management